"Red Moon" is inspired by a photo of Blood Moon, the famous astronomical event that took place at the end of September 2015. I was online looking for nothing in specific, or not for this anyway, but when i saw it, it hit me. Now i realize i did not even save it, don't ask me why. Anyway in the photo one could see the huge blood moon to the left, a mountain in the middle and a cityscape to the right, if i remember correctly.
I did not feel like going for a cityscape, rather for a completely astronomical theme, so on the other side i painted the sun, and everything is mirrored in the water. Needles to say everything is pretty abstract: 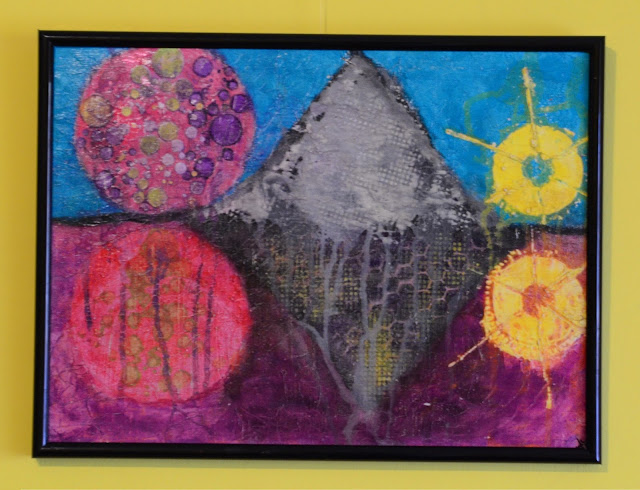 Here you can see the 3D structure (in the sun): 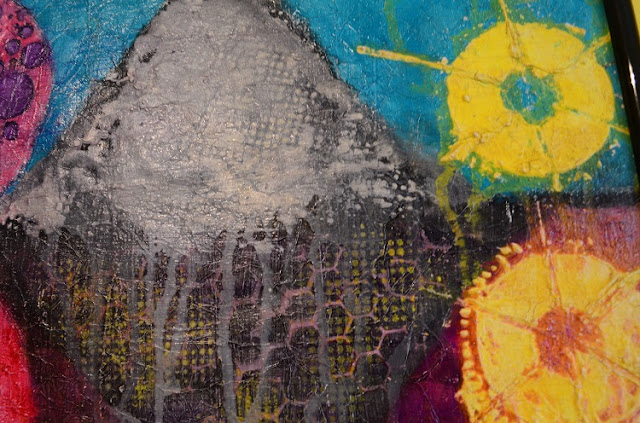 Here you can clearly see the background: aluminum foil :): 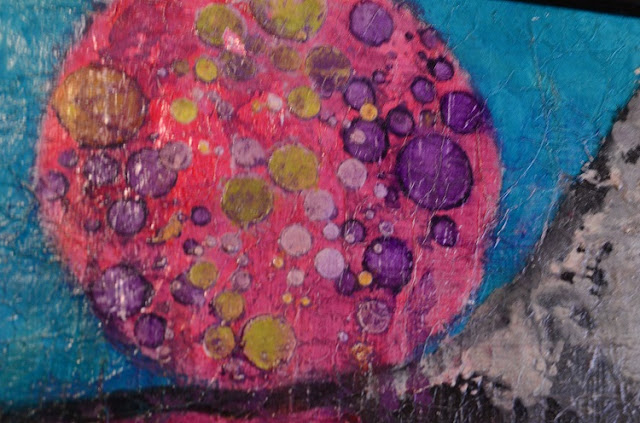 Posted by HappyScrappy on February 24, 2016 No comments:

F is for Family

Im aware that the letters don't come in alphabetical order on my blog, but this is how i felt presenting these creations to you, so i hope you don't mind :).
I love poppies, maybe its not that obvious from my creations, because i dont usually like to repeat myself at all. But, now that i think about it, i actually have 2 creations with poppies, one really obvious (this one), the other one a bit more abstract (will be posted within this same series).
I must confess it took a bit of training to get these poppies as they look. I do not have any artistic training whatsoever (if you see my first drawings you will laugh your head off :))). But this with the training i think its valid for everything, so im happy with it. Except for this, everything is a challenge for me, and i love challenges, in case you did not know :D.
So, i think it's obvious why the painting is called "Familly", right? This i don't have to explain. Except for that, i do hope you like everything about it: the colour combination, the drips and drops of paint, the texture, and maybe there is something else you will find that i have not noticed myself :).
The painting is in A3 format, it comes framed (without the glas, of course) and is protected with a special spray.
So, without further ado, i present you the Poppy Family: 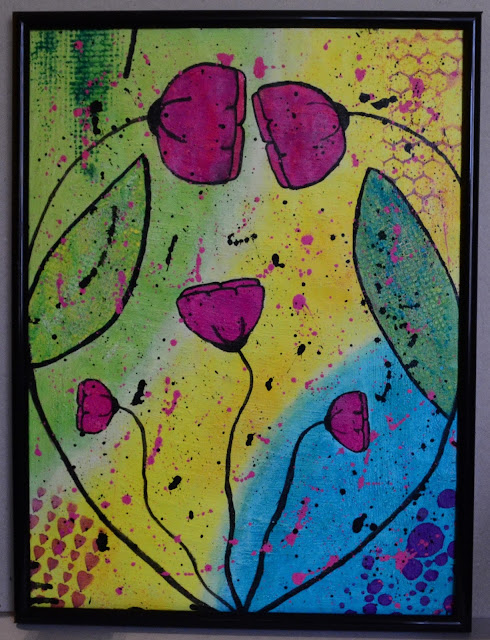 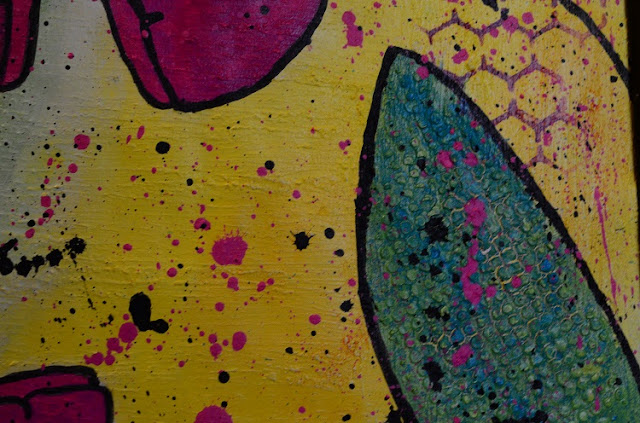 Posted by HappyScrappy on February 17, 2016 No comments: 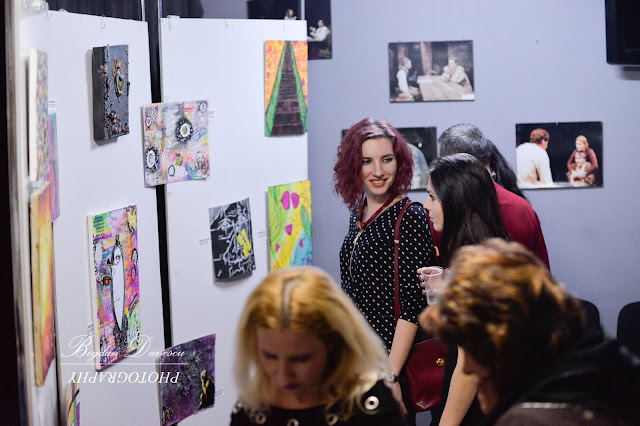 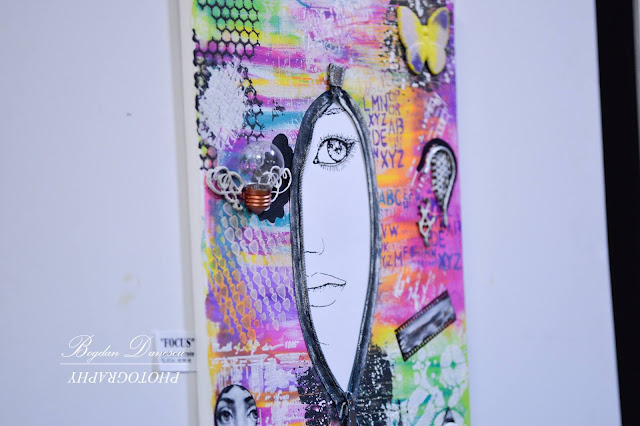 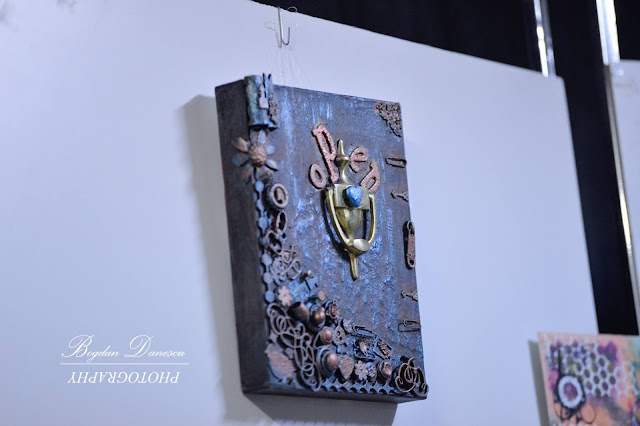 Posted by HappyScrappy on February 15, 2016 No comments: 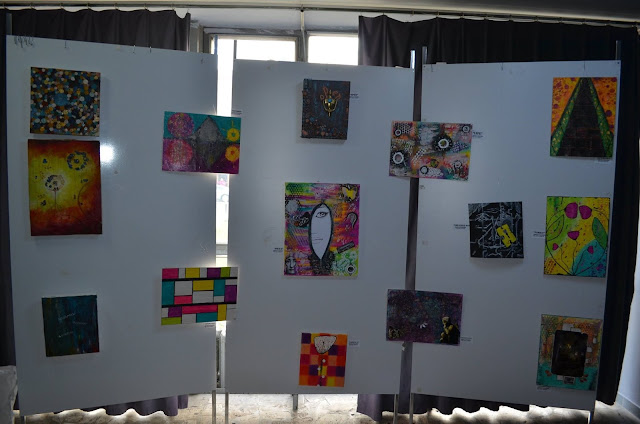 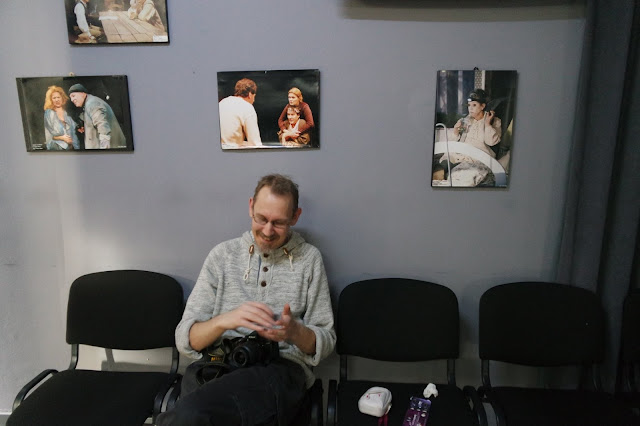 Posted by HappyScrappy on February 13, 2016 No comments:

M is for Mantra

This is the 2nd article from the collection i started to present to you last week. Meanwhile i caught a cold, and even though im sweating as im writing this article, i won't go back to bed, i've been laying way too much. This article however will be pretty short.
So, what's this one about (please excuse the angled photo)? 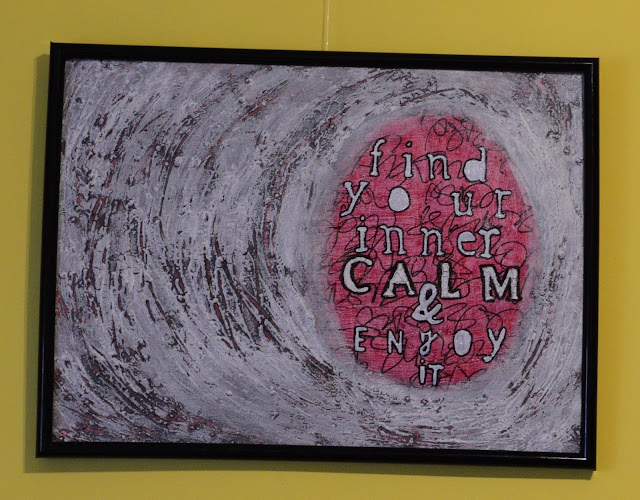 It has been inspired by a similar creation i found on Pinterest. Yes, Pinterest again. It's a fantastic source of inspiration for me, and i know for many many others. Only that one was more realistic regarding the background, which was painted in shades of blue.
Me, i felt differently about the idea of finding our inner calm. This is why i made my background in shades of red. I felt we are surrounded by a multitude of intense feelings, some good, some bad, of course, and the intensity can be pretty much the hindering factor in finding our inner calm.
I admit im not 100% percent happy with how it turned out: i don't really like the way i squeezed in the "&" symbol. But im very happy with the 3D effect i obtained :): 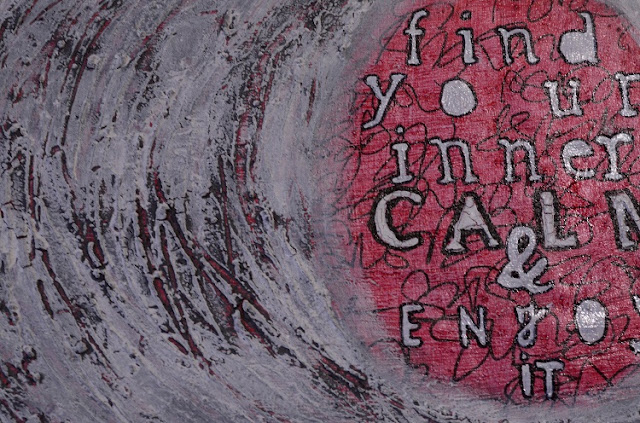 I always went for a touchy feeling regarding paintings - i like to feel my creations from more than 1 point of view. And about this one, as much as this might disappoint you, there were no different points of view, they all saw a hurricane, as i intended, fortunately :)).

Posted by HappyScrappy on February 08, 2016 No comments:

Posted by HappyScrappy on February 03, 2016 No comments:

This is the first in a series of articles im starting now, and which i assume will have about 10 more articles, 1 per week. You will recognize them by the beginning of the title, which will always start with a letter of the alphabet, i.e.  "F is for Family" :).
With art it's all about vision. And sometimes it's amazing to find out what others see in your creations.
In the creation im about to show you i wanted to portray a path in a forest surrounded by autumn :). I was inspired by a photo i found on Pinterest and, except the colours that had to be part of my creation, i was challenged by the perspective. Well, this perspective was meant to be my focal point.
I practiced for a while to obtain this perspective, did it wrong for a few times, i was amused by this at first, then annoyed obviously, then i managed :D.
So here it is, framed, just so you can see how it would look on a wall. And when i say "framed" i mean it only halfway, because no mixed media piece of mine will have a glass over it. They are all 3D and protected with a special spray, so you risk nothing when you want to dust it off :).
I made this in October 2015 and the reason i did not post it yet is because it was included in the exhibition we had at Doispe, and i did not really have the time to take photos of any of those creations. We just exhibited them and that's all. Now that some of them are back home, i took the advantage.
Now, im so curious if you also see a bridge over lava, like a few of my friends did ;). No matter if you do it or you don't, i hope you enjoy taking a look at it: 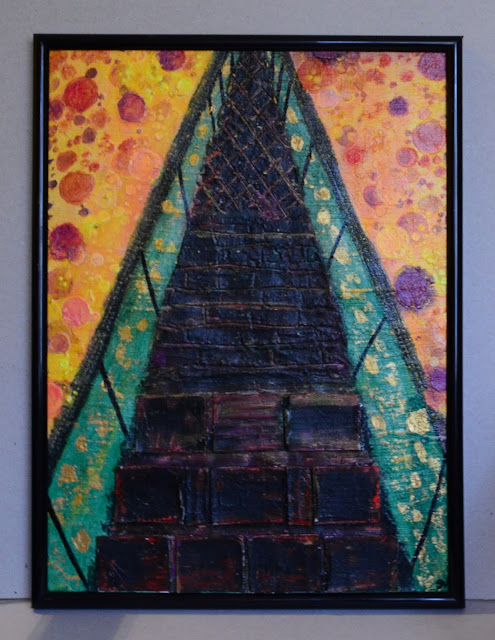 ...and here are some details for the 3D: 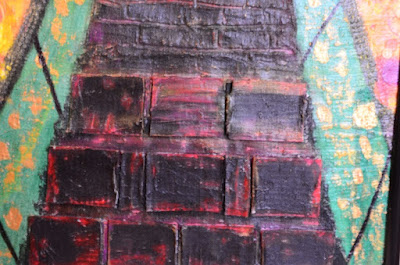 The lowest part of the path is made of corrugated carton 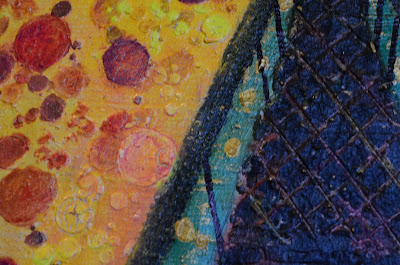 The circles are the trees in the forest

Posted by HappyScrappy on February 01, 2016 No comments: 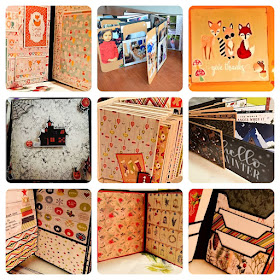 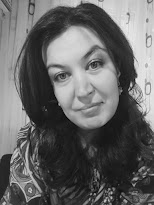 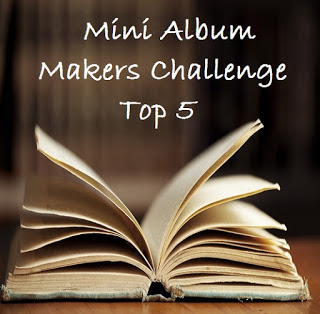